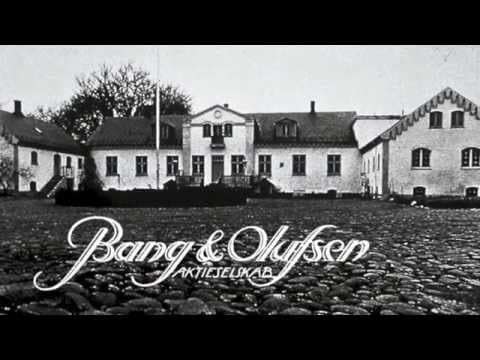 When anyone turns 92 we might think, “How did they last through all that’s happened in over nine decades?”, “What did they get right?” or “I really admire them!” Bang & Olufsen, the world’s oldest home electronics company, has a great history of passion, pride and persistence (more about that last one later) seldom equaled. Here are some fun facts in B&O History!

Peter Bang and Svend Olufsen founded the company in 1925 at Quistrup, the Olufsen family farm near Struer in western Denmark. Peter and Svend were recent engineering graduates with good ideas but little business capital, so they founded and ran the company on the farm, where the company is still based, albeit much expanded. 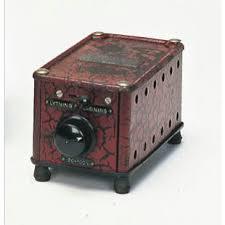 The first true Bang & Olufsen product came out in 1925, when home radios were not run on house current but batteries. The Eliminator, essentially just an AC-to-DC transformer but revolutionary in practical application, took off, enabling radios to use wall current without the need to replace bulky batteries. 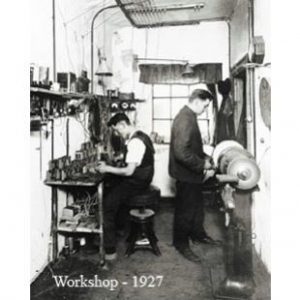 In practical Danish style, the first “factory” (still on family land) was built to be used as a school in case the business did not take off. The school never materialized but practicality ruled: farm help would cook hot lunches for the 25 employees, then pitch in and work with the company’s machinery.

The B&O tradition of beauty coupled with functionality really started in the 1930s, when radios and gramophones were not noted for style. Danish domestic design shows had to show vignettes with forward-thinking furnishings but the home entertainment pieces stuck out, and not in a good way. The gear of the time was conspicuously unattractive and out of place in modern homes. B&O were the first to become looks- as well as tech-conscious, influenced by Walter Gropius’ Bauhaus school. A great example of this is the Musikmobel gramophone/radio, clearly inspired by Marcel Breuer’s iconic Bauhaus B33 tubular aluminum chair. Finely crafted aluminum remains a B&O hallmark to this day. 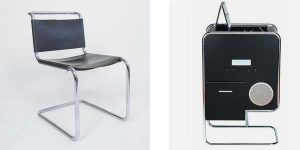 B&O wisely kept or later acquired examples of nearly every piece the company ever made (sorry, folks, there is only one Musikmobel left and it’s not for sale). Struer’s new 10 million DDK museum features the collection. The company and Peter Bang’s family have donated much of the funds and all the product shown. The museum in Struer is an impressive walk through style and design as well as history. In keeping with the theme of living with beauty, the museum only projects from the ground about one meter, with several underground floors, preserving the small-town charm of Struer itself.

B&O’s history of determination is evident in the company’s refusal to cooperate with the Nazi occupers of Denmark during WWII. Svend Olufsen worked with the Danish Resistance and aided in the escape of many refugees from Nazi tyranny. One of the radios B&O secretly made for the Resistance fighters is on display in the Struer museum and is a marvel of innovative Danish tech as well as persistence: the SS suspected the company of working against the Nazis and closely inspected the factory, missing the hidden production of Resistance electronics, but the factory was blown up by Nazi sympathizers just six months before the end of the war. Undaunted by disaster, the company persisted and rebuilt in 1946 and spread out into the burgeoning post-war tech world, making everything from irons to microphones and even sophisticated medical equipment. During the Danish polio epidemic of 1952 B&O produced an electric polio respirator which eliminated the tedious hand-squeezed bulbs which had been used to help polio sufferers breathe.

After the war B&O continued their dual aims of beauty and technological advances. Famous designers David Lewis and later Jacob Jensen and Torsten Valeur were for many years B&O’s star players, supplemented by B&O’s practice of using designers from outside the field of electronics to enable tech to merge attractively with home decor. The emphasis on durability increased with the notorious “Torture Room”, in which products are subjected to stress tests extending even to different different types of (artificial) sweat to test finishes.
Sound performance was enhanced in 1980 when the Struer factory built the then-largest private electroacoustic measuring facility in the world.

User-friendly principles were advanced in 1974, when B&O produced the world’s first hi-fi remote control, since followed by many other iterations. 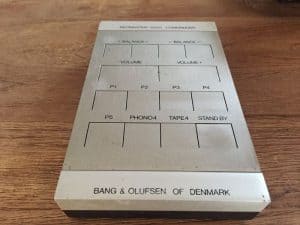 At a late-70s electronics show, Sony head Akio Morita was looking at the current B&O remote when a B&O employee asked if he would like information on it. Morita made B&O very pleased when he said “No, thanks. I have one at home.” The company’s esthetic and practical influence has spread even farther:

Steve Jobs was a long-time B&O fan. Before Apple made all-aluminum construction the trendy thing in mainstream consumer electronics, B&O pioneered the use of the metal in high-end design. Two of the pieces at the Struer museum are noted as being the same models as those Jobs had in his home, and he had often spoken of his admiration for B&O products. There have also been first-hand accounts about the inspiration Apple drew from Bang & Olufsen when designing the original iPod. It’s commonly said that the iPod was inspired by Braun’s T3 pocket radio. The white, Deiter Rams-designed device looks remarkably similar to the iPod, especially with its scrolling wheel and cigarette-pack-size form factor but there is more to the story. While it’s possible Apple took visual cues from Braun’s design, the inspiration for the wheel itself came from a different place. “It was a Bang & Olufsen phone,” according to a source within Apple. “B&O did a phone, like a home phone, and they used a wheel to scroll. [Apple marketing SVP] Phil [Schiller] had seen it, and said, ‘Well, we should do that.'”

Around that time, Bang & Olufsen had brought the technology to its BeoCom 6000, a wireless telephone designed by Henrik Sørig Thomsen that used “an intuitive navigation wheel to give speedy access to practical features like a phone book.” B&O had been using wheel technology for decades, recognizing that “all the primary functions” can be “carried out using the wheel and the keys that surround it.” Even 1974’s BM 6000 receiver used a wheel to control volume and tuning. More recently, the BeoSound and BeoMaster 5 used a large aluminum wheel to perform all operations.

More significantly, the BeoCom 6000 phone used sound to echo the wheel’s turns. A B&O employee of the time said “We wanted it to have sound … because we wanted to give it a tactile feeling, but some of the technical people came up with the idea to make the sound come from the loud speaker.” The rest is history.

In an effort to involve non-technical listeners and educate as well as benefit, B&O created listening panels for pre-production product listening tests. The panelists are volunteers, not involved with the company’s production and often not part of the company at all. The company gives panelists basic training in how to judge and listen critically to speaker sound, then previews proposed speaker models for the panel to get feedback from informed listeners. This approach to sound quality continues in the use of “Tonmeisters”, who have equal say with engineers on any piece before it is put into production.

Style is important too, and B&O has an impressive record there. In 1978 the Museum of Modern Art produced an exhibit of the entire B&O portfolio of the time. Over sixteen pieces from B&O are in MOMA’s permanent design collection.

The dedication and focus of Bang & Olufsen is shared by their employees, with over 1200 being featured in the company Wall of Fame, which displays pictures of workers with over 25 years of work with B&O. There are many second- and even third-generation employees too.

With a history such as this it is not surprising that B&O has branched out into both Bluetooth portable speakers, headphones and earphones as well as mobile systems featured by Lamborghini, Audi and Aston-Martin.

Benefit from Bang & Olufsen’s long history of passion, pride and persistence and experience the latest with a visit to B&O Scottsdale!